Chicago, IL based doom metal band, Cloud Cruiser, reached out to me for assistance in giving the act’s new release, 1:CAPACITY, web presence with an Electronic Press Kit. We collaborated with frontman, Tim Ramirez, to provide the group with an EPK one-page site fully centered around the artwork and music for cohesion and awareness throughout the release’s birth, allowing the band to promote themselves to potential production companies, magazines, and reviewers alike. 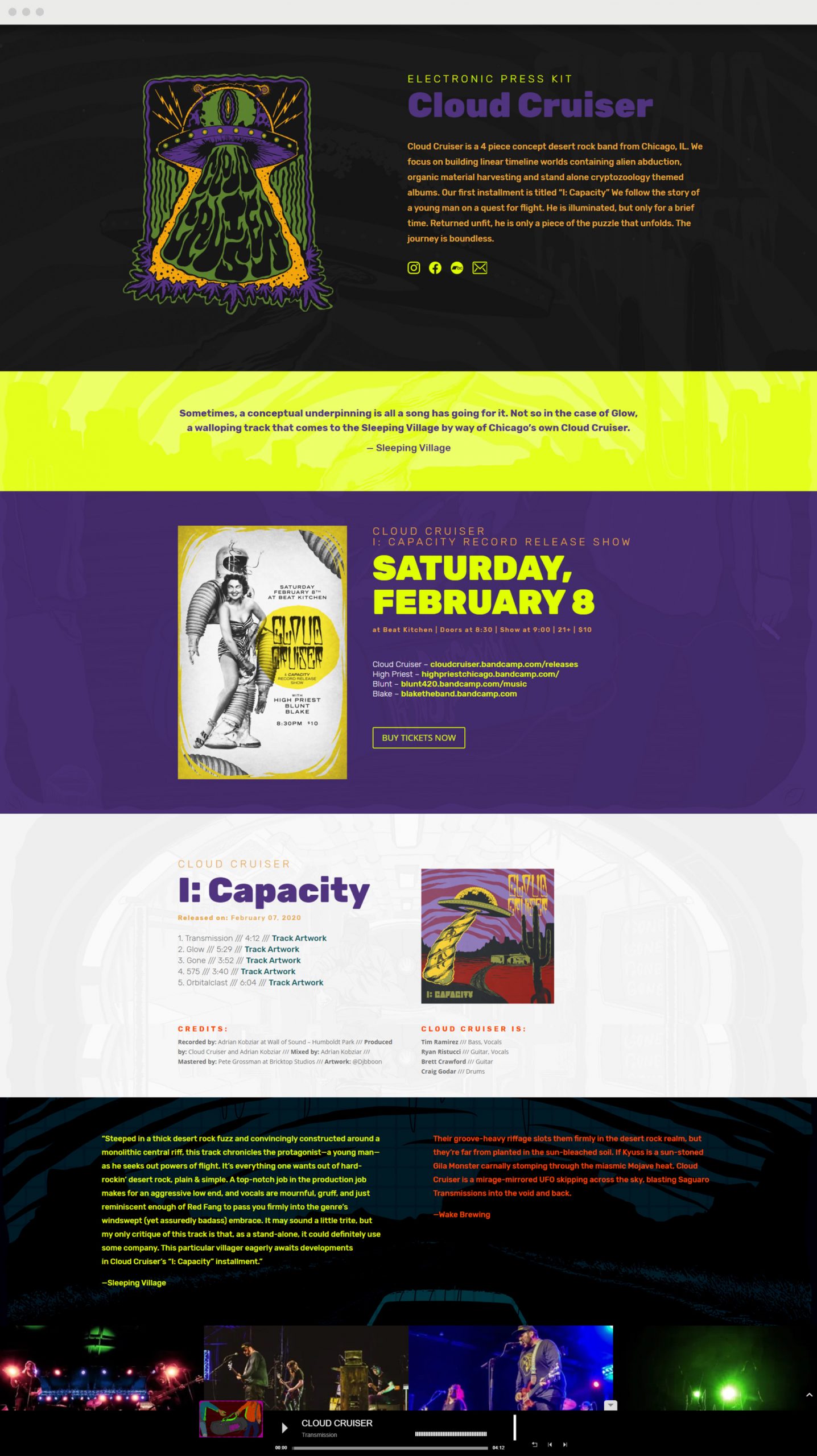 Let's Get To Work